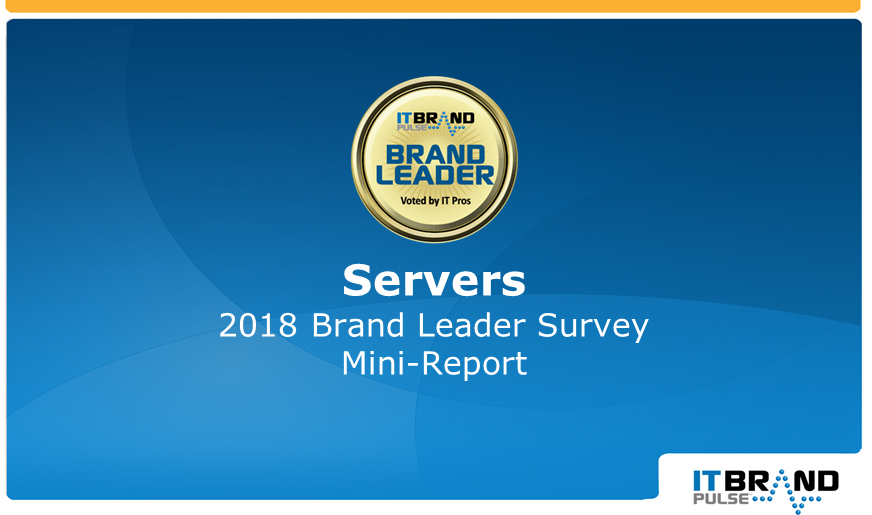 SAN DIEGO, CA—March 28, 2018—IT Brand Pulse, a trusted source for research, data and analysis about data center infrastructure, today announced the results of the recent IT brand leader survey covering Server products. IT professionals from around the world responded to the independent, non-sponsored annual survey in February 2018, asking which vendors they perceive to be leaders in these twelve categories:

“Incumbent brand leaders dominated this year’s Server surveys, including HPE, Intel, Microsoft, NVIDIA, Qualcomm and VMware,” said Frank Berry, CEO and Senior Analyst at IT Brand Pulse.  “In our first ever survey for Edge Servers, IT pros voted for HPE, allowing the company to establish itself as the introductory leader in this important new product category.” 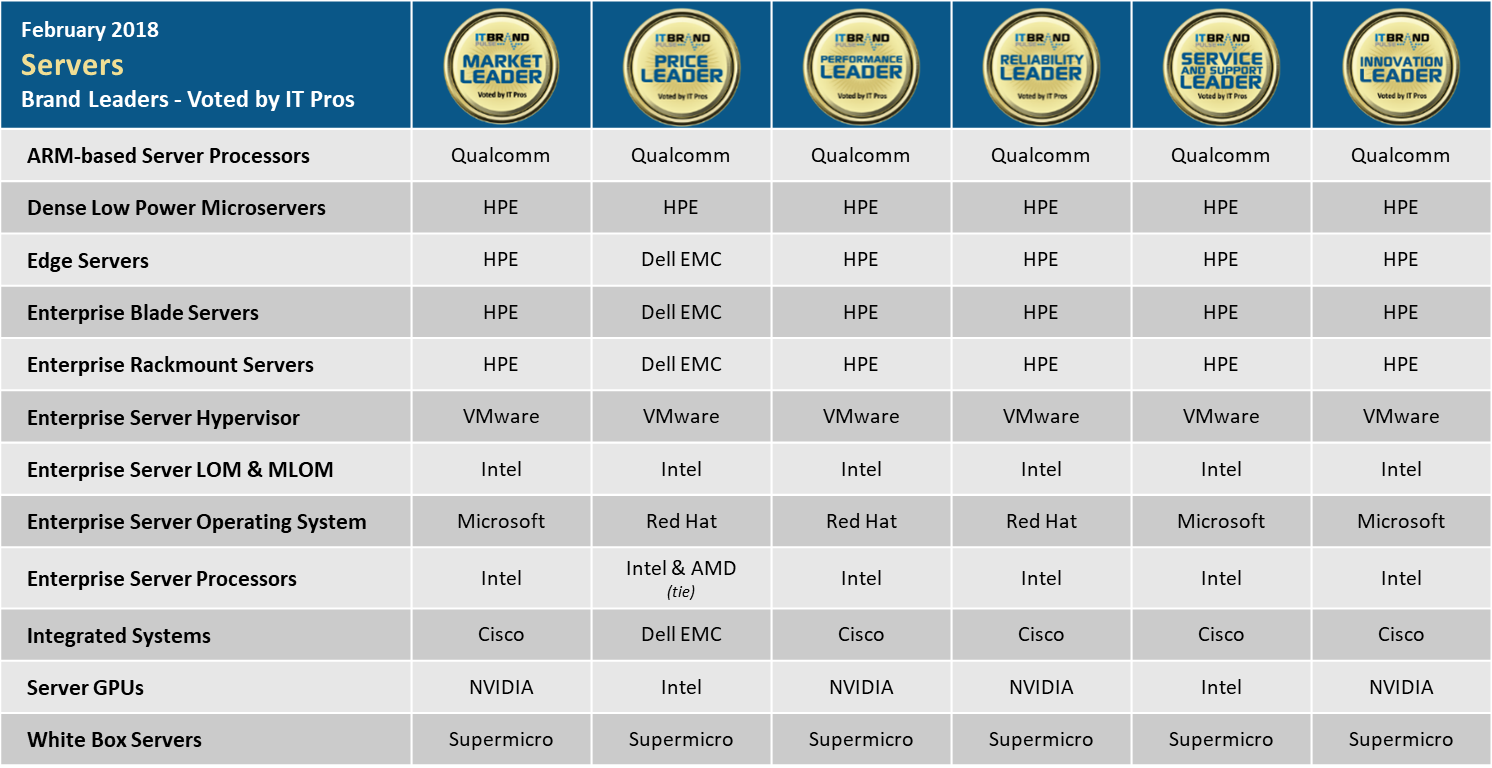 “Intel is honored to be recognized by our customers who appreciate innovation and quality in our Ethernet LOM controllers,” said Mo Sanchez, Director of Planning and Marketing for Intel’s Networking Division. “Innovation and quality have been at the heart of our 35+ year success in the server Ethernet market.”

Cisco
Integrated Systems
From a group loaded with 11 vendor choices, respondents to the Integrated Systems survey duplicated results from 2016 and 2017 by favoring Cisco for yet another year as Market, Performance, Reliability, and Innovation leader, and this time around, adding Service & Support. Dell EMC was singled out for the Price award, and rounded out the number two Market position, with HPE/SimpliVity in third.

HPE
Enterprise Blade Servers
HPE remains the Enterprise Blade Server Market Leader—for the eighth time—in the minds of IT professionals, and went on to collect the 2018 Performance, Reliability, Service & Support, and Innovation honors as well. Though Dell EMC was voted Price Leader, Cisco edged them out to take the second Market spot.

Enterprise Rackmount Servers
HPE reclaimed the Market Leader designation for Enterprise Rackmount Servers (taken by Dell EMC in 2016 & 2017), making it their fourth time in six years of this product survey. Voters included Performance, Reliability, Service & Support, and Innovation Leader titles to HPE’s win column for 2018, but saved Price for Dell EMC. Cisco made its way into runner-up Market Leader, ahead of Dell EMC.

Edge Servers
With the debut of this category in the brand leader surveys, HPE extended its Server accolades by securing Market, Performance, Reliability, Service & Support and Innovation leadership. Dell EMC kept HPE just short of an Edge Server sweep by being named Price Leader but stayed third in line, behind Cisco, for Market.

Microsoft
Enterprise Server Operating System
Microsoft nabbed the Market Leader title for Enterprise Server OS for the sixth straight year. While the IT pro community also cast their ballots for Microsoft Windows as both Innovation and Service & Support Leader, they split up the brand honors for this category by handing Price, Performance, and Reliability to Red Hat’s Linux (second place Market Leader; IBM AIX was third).

NVIDIA
Server GPUs
NVIDIA outpaced its Server GPU rivals for the second year in a row and collected Market, Performance, Reliability, and Innovation leadership. Intel took Price and Service & Support while maintaining their Market runner-up slot, with AMD next.