Graphic processing cards used for applications such as deep learning and visual computing such as graphic design and video editing.

As expected, NVIDIA dominated IT pro voting and was chosen Market leader for the third year in a row, along with being named the leader for Performance, Reliability, Innovation, and Service and Support. Intel finished second for Market while AMD came in third; although, AMD managed to snag the Price leader title. 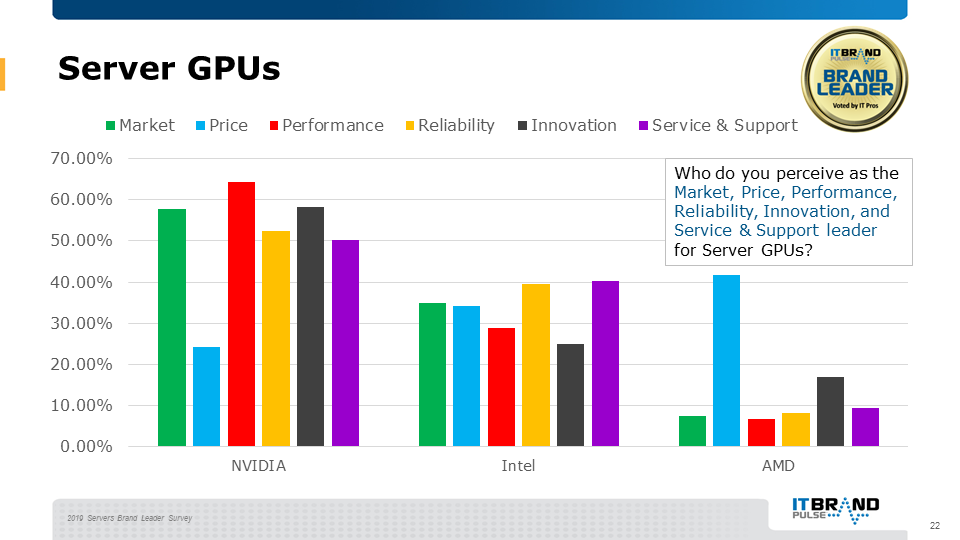